In May of 2015 I represented a client at trial charged with Criminal Contempt for allegedly contacting an individual and leaving a threatening voicemail for him in violation of an existing Order of Protection.

At the Trial, the prosecution presented the following evidence:

Although, as the Defendant’s attorney, I was not obligated to prove or disprove anything, I presented as evidence my client’s subpoenaed phone records showing that no phone call was made to the complaining witness at the time in question or at any other time, for that matter.

At this point, you are probably wondering how that can be. How can the complaining witness’ subpoenaed records show a phone call from the Defendant, yet the Defendant’s phone records show no such phone call? There is a technique called spoofing where someone can make a phone call to someone else using a spoofing application to make it look like the call is coming from another number. This is the only logical explanation for what happened here.

When I questioned the complaining witness about spoofing, he testified that he did not know what that is.

Although I was under no obligation to call my own client as a witness, I did so. My client testified that he did not make that call and in fact had not made any call to the complaining witness in 2014, which was the year the call was allegedly made.

After one read back of some testimony to the Jury, on Wednesday May 13, 2015, the Jury returned a verdict of not guilty which, of course, was the desired verdict for my client.

As I have said so many times before, although our criminal justice system is not perfect, it works pretty well, day in and day out, and I would not trade it for any other system.

If you are charged with a crime or violation of law, you need excellent representation to protect your rights. As an attorney practicing criminal law for the past 28 years and having previously served as a Suffolk County Assistant District Attorney, I have the knowledge, experience, and intestinal fortitude to aggressively represent your interests to achieve the best possible outcome, as I did in the case above. 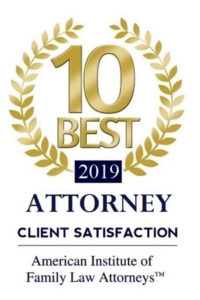